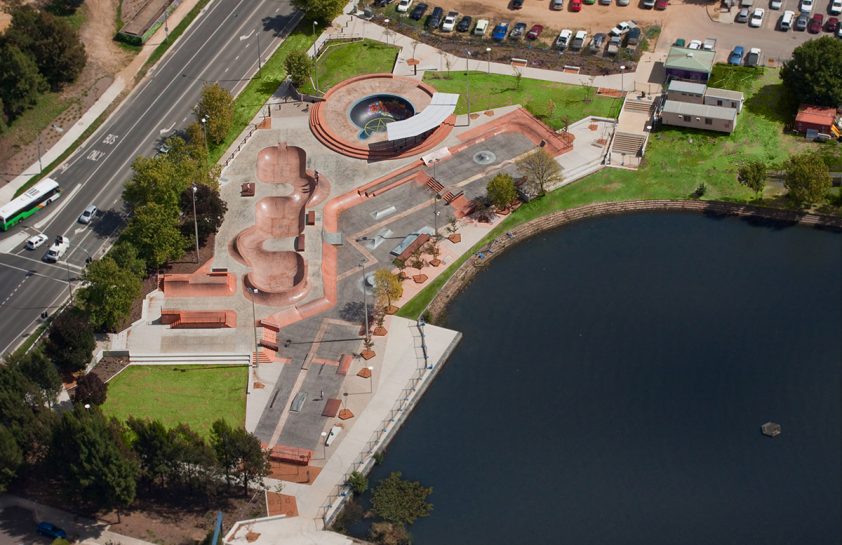 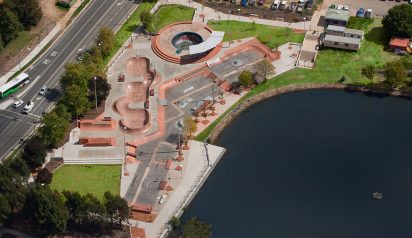 As part of a wider upgrade of the Lake Ginninderra foreshore, the Belconnen Skate Park and public realm was redeveloped to become Australia’s largest skate park facility.

“THIS PROJECT HAS NOT ONLY DELIVERED A REFURBISHED, STATE-OF-THE-ART FACILITY FOR SKATEBOARDERS AND BMX RIDERS BUT ALSO INCLUDES IMPROVEMENTS TO THE ADJACENT FORESHOE AREA, CREATING AN ATTRACTIVE RECREATION SPOT FOR THE RESIDENTS OF BELCONNEN.”
– Dr Chris Bourke MLA, Member for Ginninderra at the Opening of Belconnen Skate Park

“THIS PROJECT HAS RESTORED THE ‘BELCO BOWL’ TO ITS FORMER GLORY AND REBUILT THE PARK INTO A HIGH QUALITY FACILITY THAT MEETS CONTEMPORARY INTERNATIONAL SKATEBOARDING AND BMX STANDARDS.”
– Andrew Leigh MP, Federal Member for Fraser at the Opening of Belconnen Skate Park